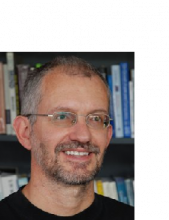 Marco Dorigo received the Laurea (Master of Technology) degree in industrial technologies engineering in 1986 and the doctoral degree in information and systems electronic engineering in 1992 from Politecnico di Milano, Milan, Italy, and the title of Agrégé de l'Enseignement Supérieur, from the Université Libre de Bruxelles, Belgium, in 1995.

From 1992 to 1993 he was a Research Fellow at the International Computer Science Institute of Berkeley, CA. In 1993 he was a NATO-CNR Fellow, and from 1994 to 1996 a Marie Curie Fellow. Since 1996 he has been a tenured researcher of the FNRS, the Belgian National Funds for Scientific Research, and a Research Director of IRIDIA, the artificial intelligence laboratory of the Université Libre de Bruxelles.

Dr. Dorigo is the Editor-in-Chief of the Swarm Intelligence journal, and an Associate Editor or member of the editorial board for many journals in computational intelligence and adaptive systems.

Dr. Dorigo was awarded the Italian Prize for Artificial Intelligence in 1996, the Marie Curie Excellence Award in 2003, the Dr A. De Leeuw-Damry-Bourlart award in applied sciences in 2005 and the Cajastur International Prize for Soft Computing in 2007. He is a fellow of the ECCAI and of the IEEE.